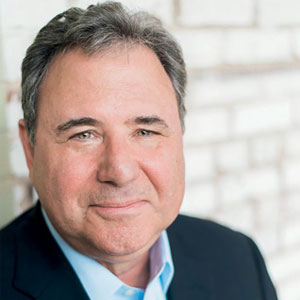 Dan Pompilio, President & CEO
Martha is one among the 51 million senior citizens in the U.S. She lives alone in public housing and receives a two-hour service from a state-funded caregiver twice a month. Martha has a son with cancer recurrence; her house rent was past due by many monthswhich was contributing to herhypertension. She had her BP rising and was experiencing depression. Fortunately, indications of subtle distress in Martha’s behavior were detected by her caregiver’s supervisor at the Visiting Nurses Services of New Yorkusing some easy to use, feedback capabilities that had been deployed as part of a revolutionary behavioral monitoring solution. As Dan Pompilio, President and CEO of SimpleC LLC, “our solution, saved Martha from an emergency room visit”.

The treatment framework for cognitive impairment for the elderly is currently very fragmented. On the one hand, there are family members who know their preferences, likes, and other habits that are crucial for delivering personalized therapies. Caregivers—as noble as their profession sounds—very often neither know patients personally nor are well positioned to track their progress or suggest therapy methods by identifying the nature and level of impairment. This further exacerbates the ability of clinicians and care administrators to monitor and derive effective therapeutic strategies. The result: sub-optimal treatment approaches for one of the most fragile sections of the population. Compounding this issue is a huge shortage of skilled professionals to care for the significant number of people who most in need of the help.

Addressing thiscomplex problem requires intense heavy-lifting—at multiple levels. This is where SimpleC, in partnership with IBM’s Watson technology, has reinvented the approach to delivering science based (in Conjunction with the National Institute of Health- NIH) and experience proven behavioral therapies. “We started tracking symptoms across all variants of patient pools, we were able to group them, and within them, saw strong and repeatable correlations. Through these efforts, we developed well-aligned care goals and reusable therapies, and built a system that recommends very specific actions based on the conditions of an individual while at the same time allowingadjustments to the treatment plan, based on the patient’s interactions with the system, caregiver’s and the family’s inputs,” says Pompilio.

We developed well-aligned care goals and reusable therapies, and built a system that recommends actions based on the conditions of an individual

SimpleC’s Cognitive Health Platform offering is packaged as a patient-facing app, Companion, with intuitive communication and analytics-backed monitoring modules, namely Clinical Connect and Family Connect. Companion is designed to motivate human action and reinforce daily regimens. It can integrate media such as pictures and trusted voice to build custom reminiscence therapy storyboards. Even measurements pertaining to patients’ physiology such as the amount of sleep, nutritional intakes, and activity schedules can be tracked. As such, Companion— matching up to the literal sense of the word—positions itself as the window into the life of the needy elderly bringing about what SimpleC terms as 360-Care Play. The offering delivers round-the-clock assistance, influence, and assurance for independent living.

CareMatrix, the underlying, patented intelligent technology stack is the output of SimpleC’s dedicated and focused R&D efforts which bring together teams of cognitive science experts (PhDs), Master of Psychology, social work, and gerontology. The power of CareMatrix’ symptom derivation, indexing, and input validation capabilities is the speed and accuracy with which patients are onboarded bringing the process time down to a mere 15 minutes, a huge advantage for ACOs. The company has leveraged IBM Watson’s cognitive intelligence capabilities to counter cognitive depreciation in the elderly. And, the U.S. Food and Drug Administration have registered The Companion as a Daily Activity Assist Device. Looking ahead, SimpleC has expanded its scope towards carving out a global footprint. After all, the problem SimpleC solves is Universal. The Company is also close to making their offeringavailable in a direct-to-consumer market. 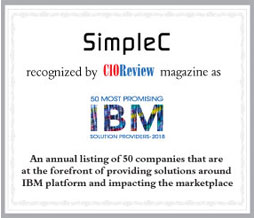 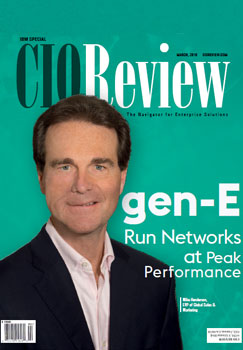