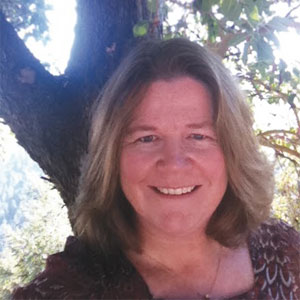 Ellen Feaheny, CEO Ellen Feaheny, CEO and Co-founder of AppFusions, has been connecting dots her whole life - a relentless curiosity practice that would eventually evolve into what is now AppFusions, a systems integrations firm that develops cloud and on-premise packaged integration applications, mixing together some of the most popular enterprise systems out there.

Early in her career, Ellen got her engineering feet wet in the trenches, as a technical writing consultant for many years. Here too, she had endless technical curiosity, which she exercised by juggling multiple contracts at a time, for many different audiences and outputs, and for technical, end-user, and operational results. Over time, this culminated to experiences in dozens of client corporations of all sizes, technologies, and products.

While she enjoyed working at the larger enterprises for the pure marvel and magnitude of systems, processes, and solutions that she was introduced to, and for understanding how large corps ticked - she openly admits that it was the smaller corps that allowed her engineering and PM skills to grow. It was in the start-ups - with few written rules or standards on how, why, when or what color/functions to build products with, that she had to really think about how to solve problems. This was tricky, as she still owned the responsibility to deliver clean presentable published results, regardless of the undefined challenges to get there.

In hindsight, she now realizes that those exact experiences were the perfect groomer skills for product management, as her documents often became both the product docs and roadmaps for the products she worked on. It was through her learned focus on delivery–and subsequent PM roles–that became the exact skills required in her yet-to-be-discovered journey to and with AppFusions.

In 2010, AppFusions began out of frustrations. Ellen and her co-founder Patrick Li were frustrated.

They’d met at a prior job–she, in a development services sales role based in the Silicon Valley, and he, as a senior development consultant based in Sydney, Australia. (Yes, indeed, a long way away from each other and an unlikely match-up perhaps–but serendipity is not usually planned.)

One day, Ellen and Patrick commiserated together on next steps over a Skype chat. Patrick talked about his new contract gig at a big Sydney bank, that made him very busy, but he’d become a “cog”–and he felt like his impact was limited. This pained Ellen, as she knew Patrick’s engineering brilliance better than anyone, through at least a dozen development projects they’d worked on together. Ellen lamented on about how her former boss didn’t have any vision–he didn’t “get it”–specifically about the market and industry potential for packaged integrations.

They brainstormed together about how they could do it right, and make a business out of it. Ellen continued on about how common systems/data integration problems should be solved for more than a single customer (i.e., the typical professional services model), and mixing common systems together via integrations should be product-izable. She was confident on the potential–and she shared with Patrick about her past world and what worked to keep her competitive edge with continued contracting jobs. One word: “Portfolio”.
AppFusions was born.

At the time, consider that packaged enterprise solutions in general, were an unfledged market area, and and integrations even more so. Integrations were seen as “black magic” complexity, and the professional service providers liked that feared impression just fine. It made the value of integration “gigs” all the more valuable.

Enterprise solution marketplaces didn’t yet exist, and the Apple or Google app stores had yet to take off (until really mid-2012)– which stirred “commercialization of IT”. And finally, the “API economy” and “extensibility” were not yet mainstream words in tech journals or news.

The next day, they met again, mutually excited about the potentials, yet they changed the conversation to more tactical. They needed a portfolio–but where to start.

They discussed abandoned “dead-soldier” open source projects, and in particular a solution that was getting a lot of comments on an Atlassian blog site (for an Alfresco & Atlassian Confluence integration). Patrick didn’t agree with all the engineering decisions in the original source, and thought he could do a lot better. Moreover, the project seemed aborted; the related open source Google group was over-ridden by spam.

They decided that would be their first product. Ellen posted to the Google group, introducing the 2-day old AppFusions, stating their intentions to create a sustained commercial solution, offering others in the group to join their efforts. She explicitly stated their goal to deliver as soon as possible and as such, not guaranteeing that it would be open-sourced (except for folks that wanted to join them, per the invitation). They received no response. 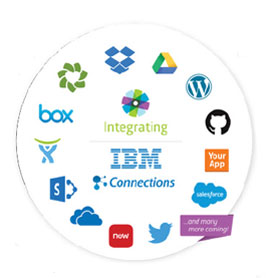 To be clear, it was not that Ellen and Patrick did not believe in open source. Of course they did. They know that open source projects are key and crucial resources in software development–even in their rough code states. They get it.

But they also get/got that nothing shipped is nothing real. After all, they were building a company, not a hobby.

Within a month, their flagship solution Alfresco in Atlassian Confluence 1.0 was available, and Ellen set on her way to sell, sell, sell.

Evolving and much valued experiences

The first product did land a first customer, yet it would just be the beginning of many more. It also landed more team members, with David Simpson and Colin Goudie joining AppFusions a few months later.

Over the next few years, AppFusions would grow its portfolio to 43 solutions, all for Atlassian server products. Sales grew, demand grew, the AppFusions’ team had been validated with some of the most well-known corporations out there, like AT&T, Amgen, BAE Systems, CA, Merge Healthcare, Netflix, and hundreds more of all sizes. They learned enormous amounts during those early efforts.

Also during this time, the SaaS platform market would be growing in popularity, and the AppFusions team was feeling buoyed to the fast growth “cloud” path. SaaS platform growth–including lead requests –was too much in their face, daily, to ignore.

Over their building years, since 2011, AppFusions developed packaged integrations into IBM Connections and Sametime, learning the goods and challenges of those systems’ native API interfaces. At this time, their solutions were all for IBM’s on-premise server systems.

In 2014 or so, IBM introduced IBM Connections for the cloud, and AppFusions followed along on the release news, while noticing that extensibility options were essentially nil. They met with IBM and discussed what was technically needed to support cloud integrations or extensibility, in general–which is a completely different strategy than an on-premise extensibility strategy. In the cloud, solutions need to be surfaced in a native-feel way, but all interactions need to be remotely served up, as one cannot install customizations directly into the cloud host systems.

The AppFusions team realized they’d acquired unique experiences over the years, in working with so many corporations and in integrating so many technologies. They had unique experiences on the technical needs, like with authentications, scaling, security, and architectural and sustainability nuances required, let alone in solidifying many use cases. Also by this time, they understood enterprise marketplaces end-to-end.

The AppFusions team saw an advantage, and goal–that they could build a “cloud-first” extensibility strategy, yet one that hopefully could use the same code for deployments to on-premise server installations as well.

They had both a vision and a plan, and the unique technical and product experience to actually make it real.

2 yrs later – the plan plays out

As we know, nothing in product development is truly easy, and building their AppSpokesTM technology and solutions for IBM Connections cloud (and on-premise) proved to also be tricky, but the AppFusions team stuck with it. They stayed solid and together on the goals. They persisted and persevered.

It’s GO time, and just in time for a full new year!

AppFusions is gearing up for another dozen or two solutions before IBM Connect and IBM InterConnect 2017 shows, and a huge year of installs to IBM collaboration solutions customers.

Everything for a reason. AppFusions is pleased to have found theirs with IBM! 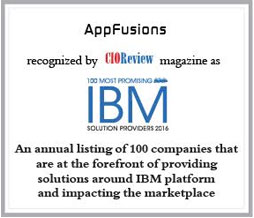 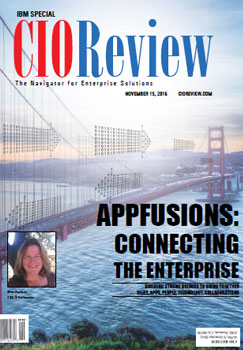