The Storm Behind the Cloud: Ushering In the Next Era of Innovation

The Storm Behind the Cloud: Ushering In the Next Era of Innovation 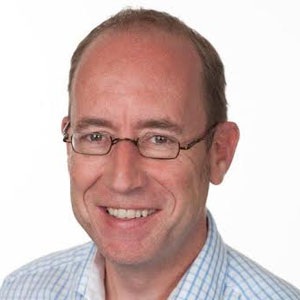 Over the past few years, cloud-powered everything has entrenched itself as an indispensable facet of everyday life. Generation Z—the demographic just starting to come of age—has never known a world without on-demand access to media, movies, and music (they’re also unfamiliar with the joys of dial-up, or its unique sound). It’s easy to forget that, not long ago, the concept of “the cloud” represented a mythical holy grail in computing. But it’s real now—we innovated it into existence and it changed everything.

I can’t recall all the details of our “old” ways of doing things, nor doIespecially care to—innovation is incompatible with nostalgia. I have to admit that I struggle to throw away my WordPerfect install and startup disks but like most folks, will take Spotify over CDs; streaming Netflix over DVD delivery; Dropbox over disk drives; and cloud contact centers over archaic customer relationship management (CRM) systems. In fact, I want more. And more is certainly on its way—rich media and robust services delivered faster and more consistently, all underpinned by a global system of smart sensors.

Its next incarnation will be bigger, smarter, faster, and more resilient

There is a massive storm of innovation brewing behind the cloud. And while the futuristic products it will produce have yet to materialize, the infrastructure required to unleash it is already beginning to shift into focus. For any company planning to be relevant in five years, mastering these rapid advances will be critical.

An astute adage states, “There is no cloud, it’s just someone else’s computer.” By and large, that “computer” is a server that lives inside a data center, and the “someone else” is Amazon, Microsoft, Rackspace or one of a handful of other providers. A basic server is not unlike a turbo-charged version of the desktop PC you may still have at home. But all that is changing.

One macro trend is the convergence of siloed components into a single piece of gear. Traditionally, computing, networking and storage—the three elements of modern IT—each work in relative isolation through their own dedicated appliances. But companies like SimpliVity and Nutanix are challenging that convention with a new breed of server integrating all three components into a single piece of hardware. These solutions enable organizations to do more with less, scale seamlessly, and support more resource-intensive applications.

Another exciting data center development is that, for the first time, companies other than chipmakers are beginning to manufacture their own custom hardware. Google recently made headlines when it announced it had developed its own computer chip, purpose-built to power its artificial intelligence engine. If you think Google Now is already impressive, you haven’t seen anything yet.

While it’s unlikely that Google will resell these chips to other companies, the fact that the world’s biggest internet company intends to power its own data centers without the aid of manufacturers like Intel and AMD represents a tectonic shift in the IT landscape, and an exciting new direction for the future of cloud infrastructure.

If data centers represent the internet’s collective “brain,” then wired and wireless broadband are its circulatory system—the conduits that convey all that data feeding our apps and services. Like cloud computing, broadband connectivity has evolved rapidly in a relatively short period of time. Between 2011 and 2014, average download speeds in the U.S. tripled from 10 Mbps to 31 Mbps.

While that’s impressive progress by any measure, even bigger advances are just around the corner. Fiber-optic broadband promises speeds of up to a gigabit per second (1,000 Mbps). That’s a100-fold improvement over most residential broadband connections in the U.S. and will enable consumers to download an entire movie in less than two minutes. Imagine the user experiences that could be built around such virtually unlimited bandwidth. Accessing remote storage could be as quick as accessing local files. Compute power could be streamed from the cloud, enabling end-users to leverage inexpensive thin clients for most IT tasks.

On the wireless side, 5G networks promise similar capabilities for mobile devices. In June, the FCC officially submitted a proposal to open up new spectrum for 5G wireless signals, and most of the major wireless carriers have already begun field tests. As early as 2020, 5G technology could be available to both businesses and consumers, enabling everything from robotic telemedicine to Internet of Things (IoT) agriculture.

Evolution of the Endpoint

Speaking of which, for all the buzz surrounding IoT, we’ve only scratched the surface for its true potential. We hear a lot about new fitness trackers or home appliances, like thermostats and refrigerators, retrofitted with Wi-Fi. But what does it all amount to? Surely, there must be more to IoT than the ability to adjust home heating from your phone or remotely manage your inventory of organic produce.

Like many technologies burgeoning in the post-cloud era, the magic of IoT will only be unlocked at scale. The data sourced from a few stray trackers and connected appliances might offer some helpful insights into personal activity patterns and home energy consumption. But far richer information will be gathered as the practice of embedding sensors in virtually every device, and even in natural objects, expands. We estimate that by 2020, there will be more than 40-billion “things” connected to the internet. If you’ve been paying attention, that’s the same year 5G is slated to come online—the perfect, low-energy standard for connecting all these endpoints to the internet and to each other.

Imagine never again having to proactively contact customer support because embedded sensors alert the service provider to any issue before you’re even aware of it. Imagine leveraging behavioral tracking to deliver perfectly tailored content to every customer, every time. Very soon, these use cases along with countless others will become a reality.

The cloud is arguably the most disruptive technical innovation since the dawn of the internet, so it’s difficult to accept the notion that we’ve only seen the tip of the iceberg. But make no mistake: The cloud is still in its infancy, and resting on our laurels now would be a failure of imagination. Its next incarnation will be bigger, smarter, faster, and more resilient. A parade of happy adjectives, sure, but nevertheless true. It’s an exciting time to innovate.