The Question is No Longer Build or Buy. It's Build, Buy, or Subscribe 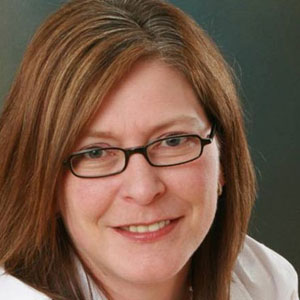 The 2015 Harvey Nash/KPMG CIO survey tells us that you, CIO, have two primary project priorities: saving money (34 percent) and making money (66 percent). Other surveys continue to warn of the growing threats from “rogue IT”, most of which has moved beyond the simple personal devices and servers acquired outside standard purchasing channels and into software. To be more precise, Software as a Service (SaaS) is one such example.

The problem with “rogue” or “shadow” IT is less about the threats incurred and more about the reality that it’s more likely to be unaligned with business goals– the saving money and making money that helps the CIO allocate budget for projects– because it less likely to be aligned with the overall IT strategy. And yet it isn’t going to stop. All predictions from every major (and minor, for that matter) analyst firm tell us that the percentage of workloads moving to cloud– and in particular, SaaS– is growing, and growing faster than any other software segment. It’s expected to continue to chip away at the traditional enterprise application software spend. Gartner predicted that by this year, 13.8% of all enterprise application software spending would go to SaaS, growing at a CAGR twice that of on-premises solutions. That prediction was likely far more conservative than originally thought.

This is why it’s past time for CIOs to include SaaS as part of their IT strategy. The question used to be “do I build or buy” the software necessary to support this business or operational function, but now the savvy CIO knows it’s morphed into “do I build, buy, or subscribe?”

One of the driving factors in the “build versus buy” equation in the past has been the cost of development and maintenance. Legions of “PeopleSoft” developers once commanded top dollar for their skills and attention, which was focused on upgrading and maintenance of these monolithic systems upon which business relied. The costs are not relegated to the system, itself, either, as dedicated DBAs were required to assist with changes, upgrades, and at least once in my experience, a comprehensive migration from one database platform to another that took months of planning, testing, and finally, execution at the expense of other projects which had to be delayed in order to ensure they were compatible with the new systems.

The “build, buy,or subscribe” question is much the same, with the added benefit of eliminating must of the operational and capital costs associated with on-premises software, whether built from scratch or bought in a box.

It’s past time for CIOs to view SaaS as a strategic alternative to developing solutions from scratch and partner with line of business stakeholders who are increasingly responsible for bringing SaaS into the organization. Partnering affords the opportunity for the CIO to align subscription software with IT priorities and to offer consultative input that leads to decisions regarding SaaS solutions that are amenable to other IT efforts, particularly those associated with improving productivity such as single sign-on and comprehensive corporate identity management.

Consider SaaS as an integral component in your strategy and actively seek out those options that not only address the needs of stakeholders but also align with your IT strategy and which play well with existing or planned identity management projects, inclusive of single sign-on. As the technology expert voice to the business and its stakeholders, it behooves you to provide the guidance and advice on choosing SaaS while maintaining alignment with IT strategy. Embracing SaaS may be the biggest benefit to IT we’ve seen, as it affords the opportunity to shift the exorbitant maintenance costs of aging on-premises software to innovation and projects that “make money” and are clearly top of mind in this emerging application economy.

Buy, Build Or Both?