Regtech Collaboration: Making the Future of Innovative Compliance a Reality

Regtech Collaboration: Making the Future of Innovative Compliance a Reality 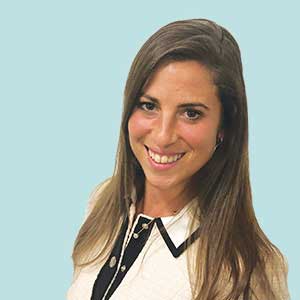 RegTech (regulatory technology) is sometimes referred to as the sibling of FinTech. It involves the use of applications on technologies (such as cloud computing and big data) that help companies meet their compliance and regulatory requirements, and regulators monitor and enforce their regulations.

Compliance is vital to the success of firms, and whilst it is not considered a revenue-generating function, there are costs associated with non-compliance including fines, reputational costs, resource, and advisor fees. The regulatory environment is becoming ever more complex, with around 300 million pages of regulatory documents expected to be published by 2020, posing challenges to firms’ compliance departments and their ability to navigate the regulatory landscape.

Between 2008-2016, there was a 500 percent increase in regulatory changes in developed markets, highlighting the need for scalable, reliable, and efficient RegTech solutions. As firms seek to reduce compliance burdens and avoid regulatory fines, research by Juniper Research found that over the next few years RegTech spend will grow by 48 percent per annum—rising from $10.6 billion in 2017 to $76.3 billion in 2022. Though RegTech clearly brings benefits for a number of areas, including onboarding, monitoring, detection, and reporting many regulated firms have yet to implement RegTech solutions throughout their institutions. The reasons are manifold, including risks associated with use of new technologies, integration issues with a firms’ legacy systems (although many RegTech firms recognise this challenge and where feasible try to adapt accordingly) and support by senior executives to invest in RegTech solutions given the numerous other costs that firms face. Lastly, one may instinctively question why an unregulated company is a key factor in compliance for a regulated firm.

Regulators globally are also supporting the development and uptake of RegTech solutions, as demonstrated by their creation or sponsorship of various RegTech initiatives, sandboxes, and accelerator programs including the Financial Conduct Authority’s and Bank of England’s Digital Regulatory Reporting (DRR) initiative, TechSprints, and the RegTech for Regulators accelerator.

It is worth noting that the DRR work resulted from testing that occurred in the FCA’s sandbox and a subsequent TechSprint, highlighting the benefits of such tools. The initiative is focused on testing whether compliance with regulatory reporting requirements can be automated, exploring how technology could make providing data less dependent on human interpretation of their rulebooks, and improve the quality of information they provide. The FCA, together with the BoE and various firms, including Barclays, are exploring how they can use technology to create machine-readable rules and link regulation, compliance processes, and firms’ policies and standards together with firms’ transactional applications and databases. If successful, this opens up the possibility of a model-driven and machine-readable regulatory environment that could transform and fundamentally change how the financial services industry understands, interprets, and then reports regulatory information.

Though RegTech clearly brings benefits for a number of areas, including onboarding, monitoring, detection, and reporting many regulated firms have yet to implement RegTech solutions throughout their institutions

The FCA recently conducted a RegTech TechSprint in conjunction with international policymakers, including the U.S. Treasury and FDIC that looked at anti-money laundering and Fincrime. All the teams participating in the TechSprint were tasked with developing better technology to combat money laundering. Ten cross-industry teams, with more than 100 participants, competed in this year’s event, as well as C-suite executives, professional bodies, global regulators, law enforcement representative, and academics who attended the final presentations and competition judgment. The slogan for the TechSprint was “It takes a network to defeat a network,” and the teams worked to solve the real-world problem of whether the government and financial industry through greater international collaboration and the use of new technology, including privacy-enhancing encryption tools such as multiparty computation and zero-knowledge proof, can enable truly safe sharing of information. Further, it could help to improve the detection of big data patterns that are indicators for crime, across the boundaries of firms, governments, and jurisdictions. The Regulatory Sandbox provides a ‘safe space’ for businesses to test innovative propositions in the market, with real consumers. Sandbox tests are expected to have a clear objective (for example, reducing costs to consumers) and to be conducted on a small scale, so firms will test their innovation for a limited duration with a limited number of customers. The FCA is now in the middle of its fifth testing cohort and RegTech tests have occurred in the various cohorts.

RegTech for Regulators (R2A) is an accelerator backed by the Bill & Melinda Gates Foundation, Omidyar Network, and the U.S. Agency for International Development that partners with financial sector authorities, including the Philippines’ central bank. One of R2A’s aims is to evaluate the potential of technologies and data science to strengthen the capacity of the financial authorities to regulate, supervise, and provide policy analysis, by improving and increasing the volume, variety, speed, and accuracy of data available to the financial authorities.

According to the United Nations Secretary-General’s Special Advocate for Inclusive Finance for Development, this data is crucial to “drive risk-based supervision, for the implementation of mechanisms to facilitate innovation (e.g., regulatory sandboxes), and for the development of proportional regulations. This is critical to achieve healthy financial inclusion.” RegTech providers should demonstrate their value and effectiveness in easing various regulatory burdens to financial firm users and regulators alike. As ever, collaboration amongst industry (including RegTech startups, financial institutions and policymakers) is key for widespread adoption. Financial services firms’ transition to open, API-based technology architectures is conducive to integrating RegTech. At the same time, regulators are encouraged to revisit and update rules in consideration of new technologies while fostering innovation and promoting uptake.

In the words of Christopher Giancarlo, ex-chairman of the U.S. Commodity Futures Trading Commission, “RegTech poses significant opportunities for those involved in our financial markets, both participants and regulators. I suspect we are in the ‘early innings’ of this space … but believe that it is imperative for all involved stakeholders to do their part in understanding emerging technologies and think creatively about incorporating such technologies.”