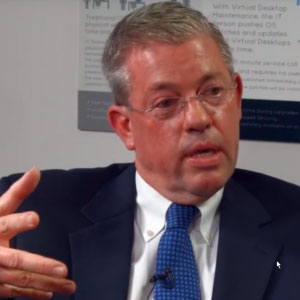 Big Data has reached a point of mainstream adoption within Fortune 1000 firms, and even the most cautious firms have adopted this strategy in some form

The survey is dominated by large financial service respondents, who continue to be among the heaviest and most mature users of data within the Fortune 1000. However, firms in the life sciences and health care sectors are beginning to develop the kind of robust data management capabilities, which financial services firms have employed for decades.

It is clear that Big Data has reached a point of mainstream adoption within Fortune 1000 firms, and even the most cautious firms have adopted this strategy in some form.

Here are 10 guideposts of the Big Data phenomenon today, as it has changed how we look at data, becoming a competitively essential-part of the business world.

Executive Sponsorship: Leadership for Big Data is Coming from the Top of the House

The Chief Data Officer is Here to Stay

The percentage of firms’, report that a CDO function has climbed steadily each year from 12percent in 2012 to majority of firms at 54percent.

With 14.3 percent of firms reporting that the CDO is the primary executive sponsor, it is clear that the CDO will play a critical role in the ongoing evolution and adoption of Big Data for most firms.

Keys to Success: Business and Technology Partnership is Critical to Successful Adoption

Only 5.4percent of firms cited strong technology leadership, as the most critical factor and 0 percent cited selection and implementation of the right technologies. Successful business adoption is clearly seen as a human and organizational issue.

Firms are expecting greater insights and the ability to act faster as a result of Big Data investments. When asked to name the most important factors driving investment in Big Data, 37 percent cited the need for greater insights into our business and customers, while 29.7 percent cited factor relating to speed–faster time to-answer, decide, and market with new products and services.

Variety continues to trump volume and velocity for Fortune 1000 firms. Firms cite the need to integrate more data–from new sources as well as legacy source. This focus on integrating greater varieties of data is often referred to as the “long tail” of Big Data. While 40 percent of firms cite “variety” (more sources) as the primary driver of Big Data investment, only 14.5 percent name “volume” (more data) or “velocity” (faster data).

In spite of the interest by firms in integrating more varieties and sources of data, only 3.6 percent of firms cite the need for unstructured data (e.g. documents, text), and only 1.8 percent cite social media data as a priority.

Firms are rallying to new data management approaches, which enable greater agility. The availability of new data management approaches (e.g. Hadoop) is providing greater agility and nimbleness, with 30.9 percent of firms citing this as a top priority. Only 9.1 percent of firms view the reduction of platform costs for data storage and analysis as being their top Big Data priority.

Firms are embracing new environments that facilitate data discovery. Big Data has altered the traditional data management paradigm, which has long been dominated by an enterprise data warehouse approach that has often been perceived as lacking in flexibility when it comes to analytics and data discovery.

The percentage of firms that now employ an analytical sandbox, Big Data Lab, or Big Data Center of Excellence to facilitate data discovery has grown from 51.9 percent in 2013 to 73.2 percent in 2015.

Rise of the Data Lake

Firms are looking to the Data Lake or Data Hub as an alternative approach or complement to the Enterprise Data Warehouse. The  percentage of firms indicating that they plan to invest in a Data Hub or Data Lake approach has grown sharply from 24.1 percent in 2014 to 41.1 percent in 2015.  Another 28.6 percent expect that Big Data will co-exist with the Enterprise Data Warehouse. Only 7.1 percent of firms expect Big Data to replace the data warehouse.

These guideposts show the path how Big Data has taken towards mainstream adoption, with almost double the number of respondents starting its production since 2013, and planned investments expected to rise sharply.

Self Service Analytics - Boon Or Curse

Data And Analytics: Ddfining A Vision And Delivering To A Roadmap

Data And Analytics: Ddfining A Vision And Delivering To A Roadmap

Creating A Data Culture Is A Diligent Quest. Magic Bullets Do Not...

The Age Of Machine Translation

The Evolution And Future Of Data Analytics